It was out of place then. It’s out of place now. Hundreds of years ago-perfect. And when I climbed the fence or dug a hole underneath to enter this hallowed wedge almost directly underneath the elevated “F” Subway line, I felt at home. Calm. An oasis of rest. There was nothing to fear, no one to judge. Just whatever is left after bodies move beyond the rot and weathered gravestones, some with captivating epitaphs.

Hey, the cemetery was founded by a babe (lady). A plus.

There was a rumor that a tunnel existed underneath the caretaker’s abode; allegedly, this channel lead to the back of the cemetery, up through an unmarked grave to daylight. It was an escape route/hiding place during the Revolutionary War. I never had the guts to investigate the validity of this tale, although at times I was tempted. A couple of nights a week, especially during the summer, I’d find myself waking up early morning behind a grave marker. I felt a very live affinity for the dead.

I’m not so macabre. You’ve been there. Many of the living hold a fascination with graveyards and tombstones. My connection, however seemed deeper. As I sat on lumpy ground deep inside iron gates, I’d close my eyes and attempt to cast out a spiritual thread. I was desperately seeking answers. Hoping for a visceral spiritual pull. Once, at 1AM through an August late night that turned to early morning, I felt a tug on the other end of the ethereal thread. It woke me. A voice.

I was startled. Awoke with a rapid heartbeat. It was so strong, I recall my ears closing up to any external sounds. The voice was inner and soothing. He said his name was William. Who the hell was William. I didn’t know a William, or a Bill. The words filled my ears-I live by them 40 years later (or at least by my interpretation of them): 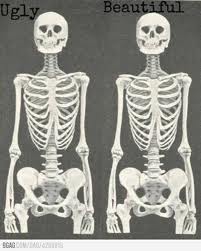 Underneath the surface not much different.

1). Deep Down We All Seek. Love, good health for us, friends and family, success, fortune. Our paths to what we seek are different. Could be life experience, frames of reference, luck. Yet, no matter what, there is a measure of peace we all wish to discover. You wouldn’t know it based on the day-to-day surface noise we encounter which keeps us divided-class warfare, politics, work, the kids, constipation. Remember though we all share a spiritual thread. The key to reward is to cast it willingly and see what happens. Deep down we are all the same.

2). Empathy/Fairness Strengthens your Signal. If you learn (not easy) to set aside the divisions and truly connect with the very human elements of others, then you will learn something that will make you a well-rounded individual surrounded by friend with rich experiences. Empathy or fairness provides mental fuel for the adventure. Regardless of who you decide to vote for in November, we are all the same.

3). Stock Markets are Fear & Greed Machines. It’s helpful to understand beyond the sophisticated math formulas and technology, financial markets are people. Irrational people. Fear & greed cycles through all of us therefore it flows through markets. It’s not different this time. Far from it. It’s always been this way and always will be unless the dead create a stock exchange. It’s best to understand and work within this framework. You’ll sleep better and deal with the fact that “it is what it is.” The thread that winds through markets is  all the same.

4). Better Them than Me. Recently I watched (50th time) the latest movie remake of “Dawn of the Dead.” When asked to say a kind word over the bodies of the dead (and dead again) Ving Rhames’ character blurts out candidly: “Better them than me.” Yes, better them than you. If you’re alive, keep an open mind. Rise above petty politics and trivial distractions of the day. Get acquainted or possibly connected with other breathing souls. Because when you cut through all the shit realize we are all the same.

Ok, Ving R. is a badass. Maybe a bit different? No. Just an actor.

The voice was gone. Heartbeat normal. The streetlight above was bright. I was able to read the gravestone.

Asleep in Jesus. W. Williams. We are all the same.

I went back to sleep. I was no longer the kid with the crazy mom. I was the same. I fit in.

Thanks for the lesson, William.

1 thought on “What the Dead Taught Me – Lessons from an Urban Cemetery.”