We all have a place where stains originate. Time fades the imprints others leave, but the stain remains.

Random Thoughts of a Money Muse

The smell of urine, semen and god knows what else (like there’s anything worse) filled my nose 3 stations before the train stopped at ground zero.

I could taste sour things way before.  The foulness overtook me. Absorbed in my clothes. I was paranoid about an air-born disease festerering in my liver.

The hollow of a play land called Coney Island-long deteriorated, burned out, rusted, ignored, graffiti ridden, was home to the Terminal Hotel.

Coney Island. Also home to the background for apocalyptic movies. 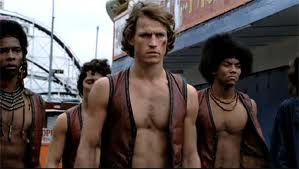 Only “The Warriors,” are not afraid of hanging around Coney Island.

The Terminal – It thrived, heaved in and out like an Amityville horror house but not as pretty. It was an evil presence that swallowed you whole. A landmark, a beacon, to the hopeless built right across from the elevated train line. There were no ghosts. Ghosts were too smart to linger.

The scary residents long or short…