He walks the parameter. His gait is firm, deliberate. Boots firm along the detritus that rises away from where earth meets rolled steel.

At night the Georgia sky acts as a boundless amplifier.

The vocals of the dead embrace the clear. They strangle and replace the sounds of nature and absorb into the black pitch of forest decay.

Guttural moans shower from the pine tops in bloodletting cascades.

The steel girders around the complex of Alexandria might as well be toothpick. The walls, tissue.

He stops. He doesn’t believe in the wall. Yet thankful it’s there. For now it stakes a boundary between the then and now.

Life and death stagger along the same carpet of forest pine needles.

Quiet. Then a rising. The world is ripping itself apart in harmonized human, once human voices. A death train on the tracks. Only in brief moments does the drone of cicadas and crickets provide white noise to drown out the necropolis in the darkness.

The anguish of rotted cords are like a smooth-running turbine oiled in coagulation. It replaces the warm sounds of autumn with an off-tuned death prattle.

He’s slipping. He knows. He hears the good. Listens to the evil.

Sooner or later the mind cannot separate fact from fiction. The barricade between them is a membrane pulled like taffy between sanity and insanity.

“I understand. The light and dark, the safe and the danger, can no longer be separated. The deep lines between them are gone.”

Rick places his ear against cold metal and listens to hell on the other side. He places his hand against steel. The wall vibrates a low hum against his palm. It speaks to him. He feels what it says.

“Safe is an illusion. No longer be fooled.”

It’s night. Past 11. He can’t sleep. The moon-shine exposes dread in his eyes.

He’s lived on each side of the wall for so long, in his mind and heart. He’s felt safe when he shouldn’t. In the world around him where good and evil co-exist, he believes the blackness is winning. It’s only a matter of time…

He speaks. Softly to no one.

“I can’t tell the dark from the light anymore.” 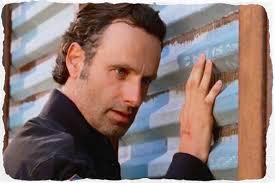 A character development analysis for the AMC hit drama “The Walking Dead.”

Right around 6pm. In the blue-orange shade of autumn dusk, the terror is restless.

The dark flows. It creeps on spider legs in a pendulum moving across the sky. It waits its turn. Away from low-evening sun’s reflection.

Slivers of black stay small in the shadows of a harvest moon.

Behind rows of single-pane glass, a ground-floor visual to the playground long ignored and overcome by ravenous scrubland. Built with good intentions. To entertain children of a post-war Brooklyn baby boom. Those kids were never to return. Grateful to be gone. I envied the ones who got out.

Good intentions were lost on the youth of the 70s who perceived the location as treacherous as parked cars along Shore Parkway. When the odds of Son of Sam shooting you in the face were just too great to risk the adventure.

A leprous, asphalt square, bordered by shake-chain fencing, littered with weeds (they seemed to live forever) and crushed beer cans. The shriveled after-life of condoms. Squirly, white rubber slip bottoms longed to push you from the earth. Return you closer to…

Spot droplets trapped in bottles of Boone’s Farm’s finest brew. The acidity of alcohol and apple close enough to your nose to water the eyes. Jagged glass longing to take out your eyes. 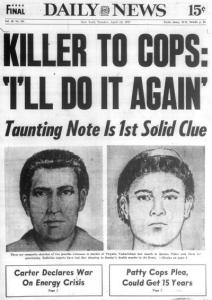 After all, black sky, urban muck and human dredge combined are not for the timid. Best to be inside before nightfall. To keep out the demons, I used roofing nails through shabby wooden window frames to fortify my bedroom from intruders. 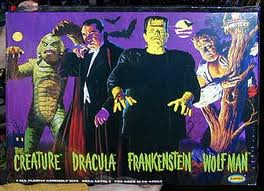 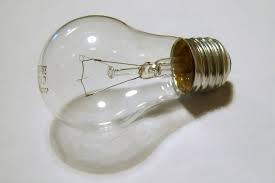 White walls merged to sharp lines. Electric blaze magnified the reflection of gloss lead paint in the corners. Enough to make me squint.

I imagined the wall blades as swords. They were to slay the evil that gamboled among the cracked and pocked foundation beyond the bricks. I know they cavorted on fossilized wood of busted teeter totters. Day-glo orange paint appeared to be nibbled away from the ends of the sees. And the saws. Now, jagged like spears gnawed on by night creatures with sharp teeth.

I fooled myself into believing that I could protect against my fear.

In my mind, they were there. The strangers. Their stares real and imaginary, froze my blood. Through the pane they would enter. Eyes first.

Darkness was how the guilty busted through the membrane of the innocent. Eager to steal everyone and everything you love. Because people got killed in the black. Oh, there was plenty of death in the daylight. I could deal with that. Not afraid.

In the dark things changed. Danger was just more dangerous in the dark. 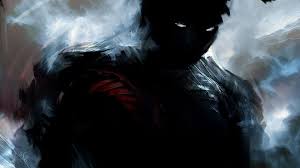 The ice tumor block in my femoral told me so.

At 8 years old, my panic rose as weak sun slid below the horizontal dirt line where the feet of bums and other suspicious characters met piles of dog shit along McDonald Avenue.

I walked a quiet hallway most nights until dawn. White socks slid across cheap slat wood to cause less creak. A lingering odor of heavy shellac blasted my nasal passages.

I watched my parents sleep. Not sure how my mother slept through dad’s apnea.

Thinking: “How could they with all the horror about to break loose?”

Hell, I was dreaming “The Purge” before it ever became a movie idea. I should be a fucking billionaire already. Jesus.

My transistor AM frequencies remained hot all night. With robotic and manly yet comforting resonance, the overnight voices working the microphones at New York’s “all news all the time” station 1010 WINS, feverishly reported on five boroughs of insidious nocturnal activity. Obviously, the radio aloud in full evening murder alert was stupid. Ironically, I was comforted by the voices. The radio people were the good guys. Go figure.

The dark I despised hit full steam when Channel 5 WNYW TV shifted over to death mode. Sounded its nightly warning siren – “It’s 10pm: Do you know where your children are?”

Where and who were these kids? Were they dead? Why was a local TV station asking? And EVERY NIGHT? Without fail. Was that necessary? The visual that complimented the ominous query was eerie –

Black & white. Picture an urban park deep in a concrete jungle. Rows of swings. Empty. Still. Except one. Moving. Like a kid just jumped and ran. Or worse – This child was abducted. Fade to black.

How would parents not know where their children were? If you didn’t know by 10pm, oh yeah, they were missing or dead.

And who the hell is swinging at that hour?

The demons required the playground for their evening monkeyshines. So they snatched the children of irresponsible parents, whisked them off to place cordoned from the light, and braised them as the main course of a hellish feast.

As I age, I’ve grown to fear “fear” less. As a matter of fact, I’ve grown exhilarated in battle. Facing the darkness in the window has made me stronger than I’ve ever been. My will, my mind is steeled to fight. To overcome.

You must embrace the darkness in the window. Then you can transform it. Tame it. Control it. No. Better yet. Let it be. You don’t need to control it. Why? Because you can see the light in the dark. It’s at that point, fear retreats or dies.

Rick Grimes is “in-between the shades,” as I describe it for the sixth season of The Walking Dead. 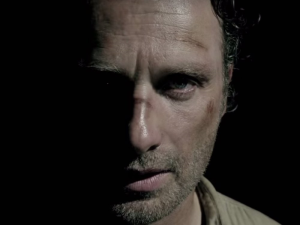 In our lives, we go through turbulent periods when we exist “between the shades.” It’s a vacuum of growth even though you don’t think so. It’s a time when you’ll fear the darkness because you haven’t embraced it. But you will. Eventually.

Victory arrives for those who can’t tell the difference “between the light and dark anymore.” What appears to be evil may be just the thing that saves you.

Don’t fear the stranger in the window. He’s always there. It’s you. It’s the part of yourself you can’t face but must to move on. Nobody ever broke into our apartment. Never were there eyes in my bedroom glass. I created something that didn’t exist because something inside my light was missing.

It’s 10pm. I wanted to be one of the kids swinging in the dark.

The demon in the backyard said no.

Once I learned to see the keepers, identify them, I learned how to fight because a corporate intruder came after me with a vengeance. I was pushed into a fight of my life. I emerged victorious.

I now can rummage through the black with comfort and find my diamonds. So can you.

Embrace the black. You’ll fight kicking and screaming as you get pulled into the dark. You’ll torch thousands of lightbulbs to avoid the stranger. Stop thrashing and get pulled in. Just for a bit. You’ll see. In the dark there are shiny lessons. You’re getting stared at through the window. What is it? Who is it? Is it you?

With age comes less fear. Kids fear stuff because they don’t know better. As adults we do too but should know better. The people who embrace the stranger, twill not feel comforted wedged in dark cubicle corners. They’ll show the stranger and his beasts they’re not afraid and fight to understand what lurks in the dark. Friend or foe?

As an adult, every pivotal experience has helped me take a footfall across the jagged bottle, a discarded condom. My fingers have slid gently across formed blades of a forgotten teeter-totter. I walk that backyard in my sleep now. Slow. I’m outside, exposed in the night. I place my hand against poor masonry of an aged urban dwelling. I feel like I belong. The hum. The cold is warm.

I can leave this space anytime I like. With a lesson. I wave to them, the devils. They return the favor. Nod their heads.

Where’s your dark place with money? There’s a black spot on your finances. It prevents you from embracing and building wealth. Not the gatekeepers definition of wealth, either. Yours.

Understanding your perspective about wealth is the first step. The discovery process will push you “in-between the shades.” Like when I closed the white shade in my childhood bedroom.

The thin membrane I believed protected me from the black rot on the other side. My thin wall. It vibrated when touched. I have a definition of money that crosses me emotionally, spiritually. Physically. You’ll need to face what holds you back from generating wealth.

Touch the wall of your soul.

Listen to it resonate.

Know what’s on the other side.

Embrace it to survive. Know your enemies in the dark. And in the light.

They thrive in both.

More dangerous than you’ve ever been.

You are more than one.

You are a herd.