I knew something was up. She was acting weird. I could tell. I was six years-old but I could tell. She was unhappy, troubled. Mostly anxious. It was July and she wasn’t stuffing me into totally inappropriate dress for summer. Like corduroy. I recall a flee from our apartment complex that day – 10AM – dressed only in my huge, white-whale Fruit-Of-The-Loom underpants. Man boobs sloppy-free in the humidity. I escaped! Four blocks away before I realized I was running loosey/whitey-wild in the city.

Mom was normal, well let’s just agree that she was indeed “engaged” for a a period of my life. From like ages 0-10. She was super overprotective, strict disciplinarian, forced me to read multiple books by the age of 5, study everything. For this period, I remain grateful, outside of the fact she lost her mind by the time I reached eleven. She taught discipline and the lesson still comes in handy decades later.

But today, this July day she was aloof, disengaged, distant. Sick. Talking a lot to her friends. From what I recall, anyone willing to listen.

Mom was a slight hypochondriac.Well, she started out that way.  Actually, anything she focused on grew from the size of a pin top to the circumference of a circus tent, because she analyzed shit to the point of sublime. From every angle. She was an Italian housewife, 5’3″ 95-pound Sherlock Holmes.  I’m sure her strong focus (on every damn thing) was one of the personality traits which eventually drove her insane.

Anyway, at age six she would read real strange shit to me. One tome I recall was some Good Housekeeping or AMA volume on medical ailments, complete with rich color illustrations of tumors, oozing wounds, deformities, clots, female private parts (scariest of all – like Jaws with no teeth).

The book was as massive thick as mom’s meatloaf and my complete fear of it (and her meatloaf) eventually blossomed into a morbid curiosity. I remember the blood. The bones (not in the meatloaf). There were at least two chapters devoted to amputation. For weeks I woke up in the middle of the night, in a haze, believing I lost a foot or a hand. I kept a red and white flashlight underneath the covers to repeatedly check on my appendages (and read comic books).

I wondered: What the hell happened to all those severed body parts? I asked. Mom said they were placed in bags. Then what? No answer.

What kind of bags were they? Hefty? Gym? Body? Space? What?

What kind of science was this? 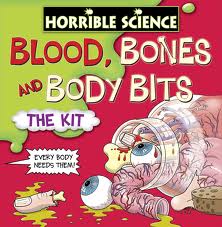 The book sort of changed my world view. I began to think about the human condition, my condition, my flab. I realized: We’re just bags of blood & bones. In the beginning, middle, that’s what it it comes down to.

And, at the end, all I am is a bag of blood & bones which eventually rots fancy in an overpriced, ornate encasement, deep in the earth. Or would loved ones (if any) stuff me in a lawn bag and leave me out front for trash pickup? It’s possible.

Bag of blood and bones. That’s all we are. In the end. Maybe some little worms too, not sure. I read Elvis had worms in his colon when he died, I mean that’s what I heard. I think.

2). How many other bags you carry around with you? I have a good friend. Something happened in another place and she won’t share (I tried) – I see the baggage in her eyes. I see how she carries that bag around. She’s tiny – the bag looks like it weighs a thousand pounds. May be healthy to air out the mental luggage on occasion. At least to someone who won’t judge (possibly laugh). Everyone has a bag or two, or three. Just know when to open them, know when to keep them closed. Felix the Cat always knew when to open the bag o’ tricks!! Sometimes baggage keeps your bag of blood and bones alive like a survival mechanism. 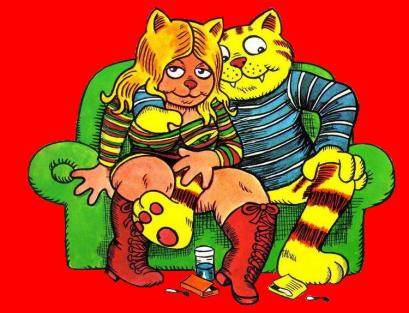 NOT Fritz the Cat (FELIX the CAT).

3). What’s your financial bag of blood and bones? What kind of imprint remains as you observed your parents struggle with money? Or save too much, or misuse credit, or lose a business? Or perhaps you know the parents are going to leave a fortune so you decide to check out on accomplishing anything. Sit around. Wait for them to die. Like a lumpy bag of blood and bones. Don’t believe your parents’ relationship with money affects you? Think again. You’re splattered full of financial blood and bone matter.

For my dad, his parents’ frugal nature morphed him into a spendthrift. For me, watching dad blow every dollar he earned made me appreciate the value of a buck. A generation of kids observed their family deal with the devastating effects of the worse financial crisis since the Great Depression. The end result is many younger folk are more risk aware/averse, less engaged with the stock market and believe they’ll be worse off than their parents. Perception is reality. These sentiments tend to stick around a bit. Perhaps for an entire generation.

She finally told me. It was a miscarriage. Not the first but for some reason this one hit her hard. I didn’t understand what that meant but I answered:

“Where is the bag of blood and bones?”

I wore that bruise from the smack in the face, for a week.

And to this day I wonder.

What the hell happened to that book?