What moves you forward? What compels you to change? Walk away? Stay? How much will you deal with before you say no more? What pushes you over the edge?

An awakening perhaps. And I never said it would feel great. Awakenings appear to wreak havoc on my immune system. Currently, I’m fighting the flu; as I grow stronger  my horrible chills and muscle aches loosen their grip.

I will be cleansed and better for it. A person in sync with restful mind and spirit.

Never to be fooled again.

Anger as prevention. Anger as my safety belt. Lack of anger allowed me to be fooled, less skeptical, more open. Stupid.

I’m using anger as white-hot catalyst for change. And it’s good. Anger is healthy; it should be embraced if you can control it. Despite what Dr. Phil or Drew or Oz say – anger if channeled properly, can be your lifesaver.

But can you control it? Sort of like Drew Barrymore in Firestarter. I’ll allow the heat of anger to do my bidding. I’ll maintain the upper hand.

The torch of anger, colored in passion I’ll point toward my goals. I’ll allow it to turn the fear to liquid, then steam, then gone.

The torch of anger, colored in disdain (a sickish yellow), will flame on those people, those companies, those entities which forged the anger-fire path. I’ll take them to ash, sweep it aside and move on.

The torch of anger, colored in love (a blue flame) will be directed toward protecting, guiding those in my inner circle, I’ll cast a warmer heat of love and gratitude. The bad anger inside me will never harm them.

Maybe then the anger will cool.

But then I’m afraid I’ll feel nothing.

And something is better than nothing.

If my blood goes cold, so shall I.

1). It’s acceptable to feel anger toward Wall Street, the Federal Reserve & the bankers. They messed up. They almost caused the entire foundation of the system (whatever that is), to crumble. Today, four years after the financial crisis, they’re still worth your anger as many have not been prosecuted for their crimes (ratings agencies who rated junk AAA appear to have made it through unscathed), the Fed is keeping rates at zero so you earn nothing on savings. The stock market is run by programmed traders who can suck up the bandwidth and wreak havoc. Remember flash crash? It certainly can, and will, happen again.

2). It’s acceptable to feel anger toward those who fool you (even though it’s mostly your fault). Use it as a cleansing fire. Use it as a way to burn their memories out of your head. Don’t look back.

3). It’s acceptable to direct anger inward. If it pushes you to break a chain, get out of a rut, protect yourself against evil, sever a tie, head toward freedom, to greatness, to peace. Then by all means use it. Use it generously.

So for many reasons anger will walk with me and come when summoned.

Bring on the next.

I’ve never been so ready to fight, succumb, surrender. Out of strength. Not weakness. 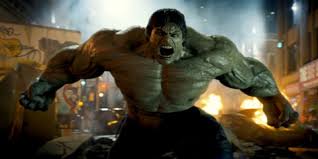 Captain America to The Hulk in the movie The Avengers:

“I think it would be a good time for you to get angry.”

And what an empowering secret it is.