Some people are their own worst enemies. 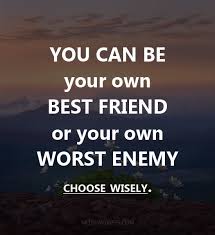 This isn’t some new-age bullshit.

If you berate the person in the mirror and think or speak in defeatist terms, then you’ll walk a loser path word bricks have laid out for you.

So what are the words, phrases and sentences that can help you alter your current thinking about money?

How can you create a positive financial feedback loop?

1). The words you say to yourself are everything.  Even if not exactly true (yet), what you convince your mind of, will eventually happen.  It’s called imprinting. You’re moving your thought process from negative to positive. Here’s how to switch it up. So you tell little white lies to yourself. Big deal. As long as their positive, who you hurting?

Give yourself a break.

“I will use cash over credit.”

You’ll be receptive to take constructive action if you train your mind to feel good first about the decision you made. Say it then do it. 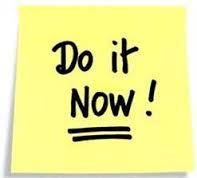 Get your lazy ass online to your 401(k) account and increase your contribution by 2% this weekend. Then worry about where the money is going to come from. You won’t even notice the change.

2). Ask yourself better questions.  Never use the word: Why. Why sets the stage for financial failure and mental obstacles.  Why can be a death sentence.

Replace why with how. 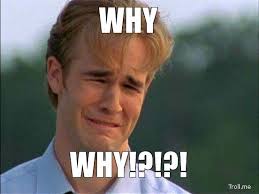 For example, “why don’t I receive a raise?” is defeating language.

Think: “How can I receive a raise?” which forces the mind to create action steps to the goal you’re looking to achieve.

It’s a decision in writing, to make a change – “I will be credit card debt free by February 2015.”

Keep your CRS with you; place it as a reminder in your smartphone. 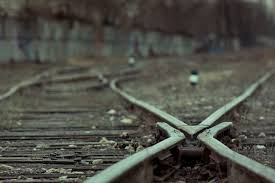 4). Shamelessly employ coaches. Want to make your “Crossroad Statement” strong? Share it with people who will hold you accountable, keep you on track and celebrate your success.

5). Failure is power. Yeah, you read that right. So you fail at something, so what? What did you learn? How will you use the lessons to move ahead?

The ones you employ to money map your mind will make a big difference to your future.

1959:  The same Long Island Rail Road schedule followed every week. Sundays. When most people were asleep. When humans of the mainstream were hiding under bed covers to escape personal asylum, he embraced discomfort. He ventured out in it. He traveled on the fringe of time. Early. On Sunday.

Like a soldier who accepted and knew his duty. He carried on. Tired. Only one name compelled him to tremble. It was rarely spoken. Except for Sunday. Sunday was different. Her name was all he could think of. On the long trip he tried to remember what her voice sounded like. He worked hard at this. At times, he was upset with himself because he felt her voice slip away deep into the past.

The Sunday ritual should have been comfortable. Or at the least, accepted by then. Nineteen years of the same routine, facing the same distant stare from a bed. His wife. His Josephine. It starts all over again. Every week. His journey to the silent. The only women he ever knew and loved. Gone for 19 years but still breathing. A shell.

Two hours from now he would enter a tiny room, lead painted white, half battleship gray. Eternally cold. Even in summer. At least that’s what I remember. Joseph told me so. He was solemn as he entered a world that would remain silent. He respected what he couldn’t understand. Perhaps it was out of respect. Out of loss. I know he screamed a lot inside. He told me that, too.

Kings Park Psychiatric Center was Josephine’s home for close to two decades. Immediately after she gave birth in 1940, something happened. Something bad. She suffered a stroke as soon as the baby was delivered. By the time the baby, a new daughter, was cleaned up and presented, Josephine could barely speak or move her arms.

Joseph lost it too. He was an immigrant from Italy, his English broken,  but he was able to clearly mutter two words. Again, from what he told me. From what I remember. 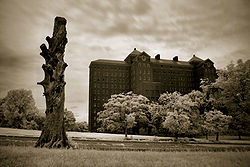 Allegedly, Kings Park was haunted. I believe it.

This Sunday, 1959, November was different. Joseph was able to borrow his boss’ car. A Buick. The Kings Park doctors were going to allow Joseph to take Josephine on a road trip to Brooklyn. Her daughter was going to be married in a few weeks. Josephine was aware, sort of aware. Partly in this world, one foot in another. She couldn’t speak any longer. No voice at all. She knew she had a daughter, however. Josephine sort of knew her mother was raising the child as her own.

It was to be Joseph & Josephine together again. For a road trip. For an introduction. The cover was going to come off, blown off, a family secret.  Revealed to an 18 year-old girl who was told her mother died during childbirth. And now at a pre-wedding party she was to be told the truth. In front of family. Two weeks before her nuptials. At a party.

Joseph purchased Josephine a new dress for the visit. It took him a month to save for it. He stocked food shelves for a small store in downtown Manhattan, lived in a tiny apartment close by the store. Never remarried. His daughter lived in a nice house with his mother-in-law, raising his only daughter. A subway ride away. In Brooklyn. His only real family. And he lived separated. As I mentioned: He existed on the fringe. For his wife and daughter. Oh, the in-laws adored him. His sacrifice. His dedication. But it wasn’t the same for him. He spent all his free time (for what it was) with Josephine and his only daughter. He was always traveling. A life on trains. He told me.

Joseph bought me a battery-operated aqua-colored locomotive that puffed real smoke. It was 99 cents. He told me that’s what it cost. I never forgot. He told me about all his time on trains. His thoughts while sitting. I felt how tortured he was. I heard the despair in his voice. I hugged him. I wanted to take the pain from him. I felt his chest sob. I still remember his tears on my forehead.

“Passion and love can cause tears.” He said that. I remember it. He was right. As I get older I realize how truly spot on grandpa was. I didn’t understand at the time. For a grocer he was the the most intuitive man on earth. He wasn’t ashamed to cry. I bet he cried a lot.

1). Words Mean Everything. What you say to others counts. I imagine each word immediately gains 100 pounds when it leaves my mouth. I can feel the heaviness on my tongue. A sentence weighs a thousand pounds. Don’t say what you don’t mean. Mean what you say. Mean it deep. Last month, I received a twitter message from a person I haven’t spoken with in 15 years. She told me how words spoken by me changed her life for the better. Then I got to thinking: What have I said to others in the past that may have changed lives for the worse? I was a friend who provided sincere encouragement at the time. Remember your words weigh heavy. Screw all this “actions speak louder than words,” bullshit you hear.

2). Words Mean Everything. What you say to yourself counts. If you speak to yourself negatively, good things won’t happen. On occasion, bad things will. If you tell yourself you’ll be financially secure, your mind will work toward it (even without you knowing from a conscious level). If you say to yourself that you will be better – physically, mentally, it will happen. Never underestimate the power of words.

I screamed those words at her. Mom. She was pushing my buttons. Hard. She was drunk. She hit me. I hit her back. There was blood everywhere. From her nose. My nose. I meant it too. Josephine went insane because she saw your future, mom!! She saw what a miserable human, horrible mother you were going to turn out to be and the disappointment was too much!!

She sat there. At the edge of the bathtub. Bleeding. She said: “I’m sorry.” That’s it. I stopped her in her tracks. My words hit harder than a palm against her face. I knew they would.

Grandpa Joseph told me about his mistake. He saw a change in his girl. When he wheeled in Josephine and introduced her to his daughter. He said the words he knew changed his daughter forever. But it was too late.

“This is your real momma, honey.”

Who will remember your words?

Will those words comfort you or drive you insane?