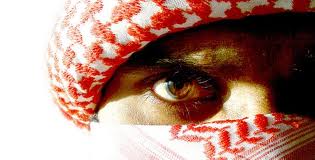 Can’t walk the streets, search my mind, read, write, eat, sleep, without thinking of them, sweating their existence. Cold sweat as they grip me. I know when their plan is successful. Sheer panic. Nothing else matters.

And when they release, I can’t help but constantly obsess over:

When will the bastards strike again? How long will they stay? Where are they now? How can I escape? Will the attack end? What if they all show up at once? How will I survive?

Respect. Fear them. When they draw first blood on your psyche, when you relent to the heinous acts, there will be suffering. And when they’re gone, damage remains. The aftershock will alter how you operate.

Understand why they thrive; they’re lethal. Even in small numbers they outnumber you. THEY galvanize – YOU dismantle. It’s the sheer power, the raw hate, the perseverance, the risings. The elements of surprise. Shock. The willingness to scare you so much in plain sight you can’t see anything. They block the sun. Damage you. Mentally. Physically. Hold you hostage. Place you in shackles. Infiltrate the air you breathe.

The Terrorists. They seek to kill. Slow. Fast.  Pick the velocity of the impact, the explosion.  Just know it’s coming. It’s the only certainty.

Some are outside your control. Always close.

The ones within are just as lethal (and still outside your control).

Inside & outside. They circle.

The ones within you. Without you. Waiting to pounce. Destroy.

One moment you’re fine. Next, you’re dazed, down, injured.

1).  Conquer The Terrorists Within: Negative thought, fear, stress, hopelessness, anger, rejection, in small doses can encourage, motivate you to jump obstacles you were convinced you never could. But when they overwhelm, when relentless attacks are successful, when the negative overrides, becomes extremist, then the terrorists within will steel to take you down, set you back. The hits will keep on comin’. And then you’re dead. Or worse: Apathetic, bitter, tired, reclusive, defeated. The more latitude you give the terrorists, the more they’ll take, until: You. Can’t. Escape. You have become one of them.

And the enriching life you once knew will be at risk. Gone. The person you knew and liked will be a memory.

Understand: Even when you fight, even if you win, there’s gonna be damage. So?

Hey, damaged goods can still operate. Push forth.  Find a new road around evil, play defense. I see that now. You’re never 100% but you’re as close as you’re gonna get, kid.

It’ll require a jolt, a jump start. A counter shock. To win the fight. To set the terrorists back. You’ll need to feel something stronger than how they make you feel. The terrorists. 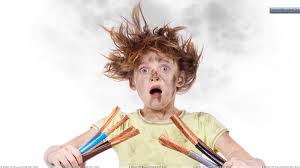 Make the shock-wave a positive force. Fight dark fire with light fire. The inner terrorists abhor and weaken when bombarded by a healthy, life-prolonging arsenal. Even a tiny step will work. Take a B vitamin, deep breathe, read a funny passage, converse with a person in your inner circle, write, hug a pet, a person, a stranger (don’t get arrested) will shake the inner enemies off your path. Subtle steps – they send a powerful message to your brain:

The more you fight to live, the more the terrorists cower. You’ll discover how quickly they weaken – even an action that at first feels insignificant, will turn out to be a major blow against them. The terrorists languish, the inner anguish ceases.

2). Strengthen Against The Terrorists Without. The ones without ethics, decency. The ones who seek to destroy everything you have to preserve record profit margins. Think of them as corporate. As an employee today, especially in a publicly-traded corporation, you are  the enemy. You’re an expense. And they will drain your life, your health, your well-being, the time with your family, your entrepreneurial spirit, your spirit in general. Work for them but understand they’re not loyal to you. They’re loyal to shareholders and directors. Not you. Not anymore. Not for a long time. Save your money. Pay down your debts. Then go out there and do something your love and customers will find you, be loyal to you. They’ll help you defeat the terrorists. The ones without. Without souls.

3). Destroy the Terrorists Outside. Work hard to sever ties with those who weaken your resolve even if their intentions are good. Cast out forces that will influence your negatively, allow the outside terrorists in. Make a list. You know who and what they are. To live, to prosper, you must cut the lines, set them free. It’s going to be painful, you’re going to lose a bit of yourself in the process but it’s about survival.

You can never completely rid yourself of the terrorists.

They live among and within you.

All you can do is recognize them.

Unless you allow them.